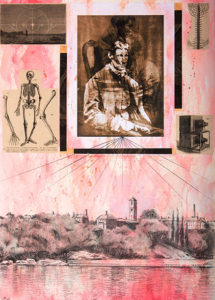 An artwork from the Lunacy exhibition entitled ‘The Pathology Museum’ has been featured in “Fourteen Hill: the San Francisco State University Review” vol. 22 no. 1, 2016

NewsLocal digital edition – OVER THE MOON WITH EXHIBITION – 17 Sep 2015 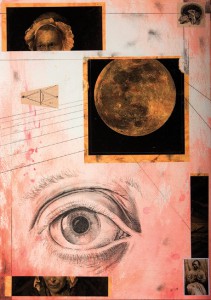 Lunacy came about when Patrick Faulkner discovered unused collage material created by his uncle Dr Kenneth Mackey whose work as a psychiatrist at Callan Park influenced his artworks. Faulkner who has worked as a psychiatric nurse shared his uncle’s interest in the history of madness and explores these notions through collage and drawing.